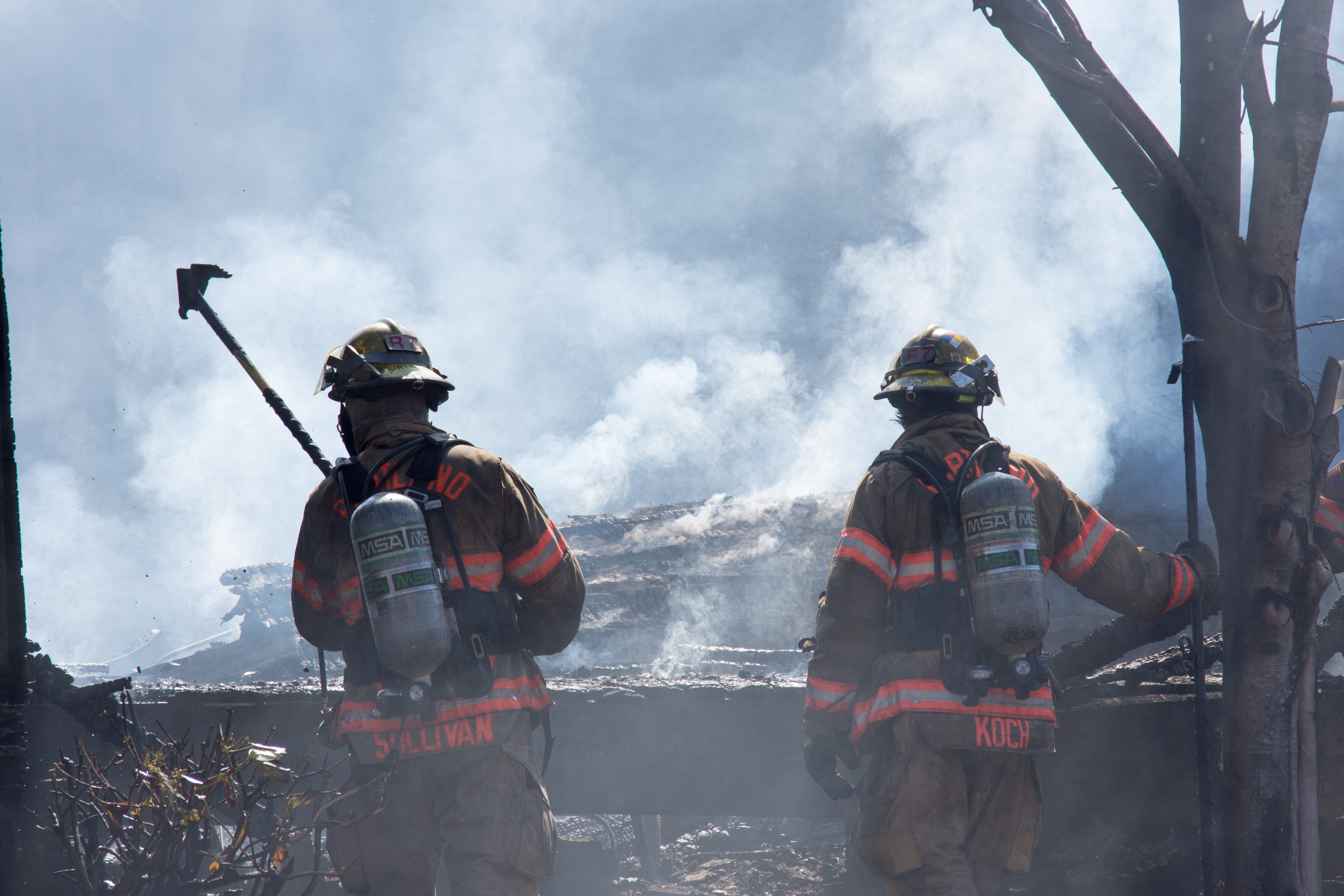 When you decided to have a career in the armed forces or on the fire brigade, you probably never gave your future financial protection a second thought. But as it turns out, when taking out life insurance, income protection or critical illness cover, your occupation is going to play a massive part in the cost of your policy premiums.

The irony is, having an occupation which is considered riskier is likely to increase your need and desire to have adequate financial protection in place should the worst happen or you find yourself unable to work due to illness.

But it is going to push the cost of premiums up – and may even affect your ability to get certain types of cover from some insurers, or price you out of the market all together.

“While all insurers may have their own exclusions around certain occupations, there will always be some willing to take on customers who are ‘high risk’, though very likely with a higher insurance premium payable,” said Rod Jones, head of partnerships at ActiveQuote.

When it comes to risk, some jobs are more obvious than others, for instance, police officers, soldiers, fire fighters or most tradesman such as electricians, car mechanics and carpenters.

For insurers, jobs that include working at heights or in hazardous environments, such as building sites, are more risky to cover. It is not just a risk of falling, but of having objects fall on you, working with or being around heavy machinery.

Similarly, jobs which involve flying, going to sea, working underground or underwater are also typically considered dangerous, while those who work with explosives, hazardous chemicals, or power tools are also high on the list for increase premiums due.

However, some are more of a surprise: for instance, according to statistics from the Health and Safety Executive, the largest number of fatalities in the UK by sector is in agriculture, thanks to the combination of hard labour, heavy machinery and power tools. Add to that, live animals – which can be unpredictable and surprisingly strong, as well as in some cases carrying diseases which can cross to humans – and you can soon see why the premiums increase for those in the trade.

Among the less obvious factors are jobs which involve a lot of physical work and heavy lifting, and those which require you to drive high mileage, either because driving is the job itself – a bus or delivery driver, for instance or because there is a lot of driving to get to sites.

But isn’t just the workplace that you need to worry about – if you regularly participate in sports or activities which involve the same sorts of risks, such as mountain climbing, motor sports, scuba diving, cycling, or skiing, you are likely to see the cost of cover rise.

“Anything from martial arts and weightlifting to competitive cycling can be considered high risk to some policy providers, though they will always ask about lifestyle during the application process and so it’s best to give as full an answer as possible to make sure that you’ll be completely covered,” said Jones.

“Also, if you already have an existing life insurance policy in place and you decide to take up a new activity, make sure you check your terms and conditions and contact the insurer to double check if you’re not sure.”

Each case for dangerous hobbies cover is assessed individually by insurance providers so it is important to disclose all of the information as accurately as possible. For instance, some insurers will want to know how often you take part (e.g. weekly/monthly/twice a year on holiday), where (if abroad, confirm which countries) or any qualifications and club memberships.

If you are taking part in a one-off event then you will usually have no problem in obtaining cover as this does not constitute a regular hobby.

Team sports participants often have a basic level of insurance cover through their clubs, but this is often not the case for those who spend time on individual sports like cycling, climbing or surfing.

“When it comes to team sports, most insurers will only be interested in those that are particularly hazardous, therefore you wouldn’t necessarily need to declare your local football team, for example,” said Jones.

HOW MUCH COVER DO YOU NEED

State benefits will provide some financial help, but if you are working full-time or have a family to support then these are likely to be too small to cover your outgoings – so cover is crucial.

But how much cover is enough? And how much does it cost?

The amount of financial protection that you need depends mainly on your circumstances and what you want to achieve. Bear in mind that some illness can mean you might not be able to carry on your previous job even after recovering. An HGV driver, for example, may not be permitted to get behind the wheel of a lorry after suffering a heart attack.

The general rule is that it should be enough to pay off any debts when you die and provide money so your partner and any children will be financially secure.

It may be worth considering a mix of cover – some to give you a lump sum and some to pay a monthly income for the remaining term of the policy.

To cover your mortgage and other debts you need a lump sum payout via a life insurance policy. Since the mortgage is usually the main part of your debts, this part of the cover is probably only required until the end of the mortgage term.

Income protection insurance is designed to provide a tax-free income should you be unable to work because of an accident or illness, and will pay out monthly.

Perhaps the most important things for any income protection policy is to have the right level of cover for your income and specific circumstances.

It is crucial to consider the length of time the policy will pay out for. With a short-term income policy, you usually will only receive an income for two years. Though if your employer already offers you some protection, your personal policy needn’t start paying you until after that protection expires. Many occupations which are obviously dangerous, such as the military, or police have some degree of contractual protection, although it is advisable to check the details as many do not cover you in all eventualities.

On the other hand, long term income protection typically pays out until normal retirement age in the event that you can never return to work. If you are taking out this type of protection, you should consider whether you need the payments to be index linked – meaning that the amount rises with inflation, or if you will be able to manage on that amount if they can remain flat.

Most people buy this type of cover when they take on a major financial commitment, but it’s important not to buy the first policy offered – shop around.

It pays to start young when premiums will be relatively cheap, rather than leaving it until later in life when the price of cover will start to rise substantially.

So is it possible to still get financial protection if you are considered to be ‘high risk’?

“The vast majority of people who apply for protection insurance are accepted, and only a small proportion are declined cover,” reassures Robert Morrison, global chief underwriter, Health & Protection at Aviva.

“All applications go through a careful and individual underwriting assessment of the person’s health, lifestyle factors and involvement in any risk-based occupation or activities,” he said.

But the insurance industry often offers exclusions of certain risks, he said.

“This keeps the premium at an affordable level but does reduce the scope of cover.”

Fortunately, there is a way for people to bring down the cost of premiums without compromising on the quality of cover.

“If future participation in the activity should reduce or cease, then you should contact your insurer to see how this might affect your premium,” said Morrison.

In order to keep the cost of insurance down without compromising on quality, make sure you tailor a policy to yourself as much as possible.

“Specify exactly what you need, and don’t feel the need to buy an all singing, all dancing policy if it covers conditions that aren’t strictly relevant to you because of your activity level, gender or medical history,” said ActiveQuote’s, Jones.

Many insurers will have a detailed guide to the illnesses and conditions covered, which will be written clearly. Ask to see this, as well as the document setting out the policy’s key features, benefits and exclusions.

“Speaking to a broker enables the customer to give their details once, and an FCA regulated advisor will search a panel of insurers in order to obtain the appropriate cover for them,” said Jones.

One way couples can increase their levels of protection when it comes to life insurance is to buy two separate policies which, according to Lifesearch, only cost about 10 per cent more than a joint policy.

The benefit is that you will get double the amount of cover you would receive from a joint policy and if anything happened to both lives, both policies would pay out, providing double the payout for a similar premium.

With joint life policies, if something happened to one life, the policy ends, leaving the surviving life uninsured. This often happens at an age where the other person is older and may not be in as good health, making the cost of replacing that cover either expensive or impossible.