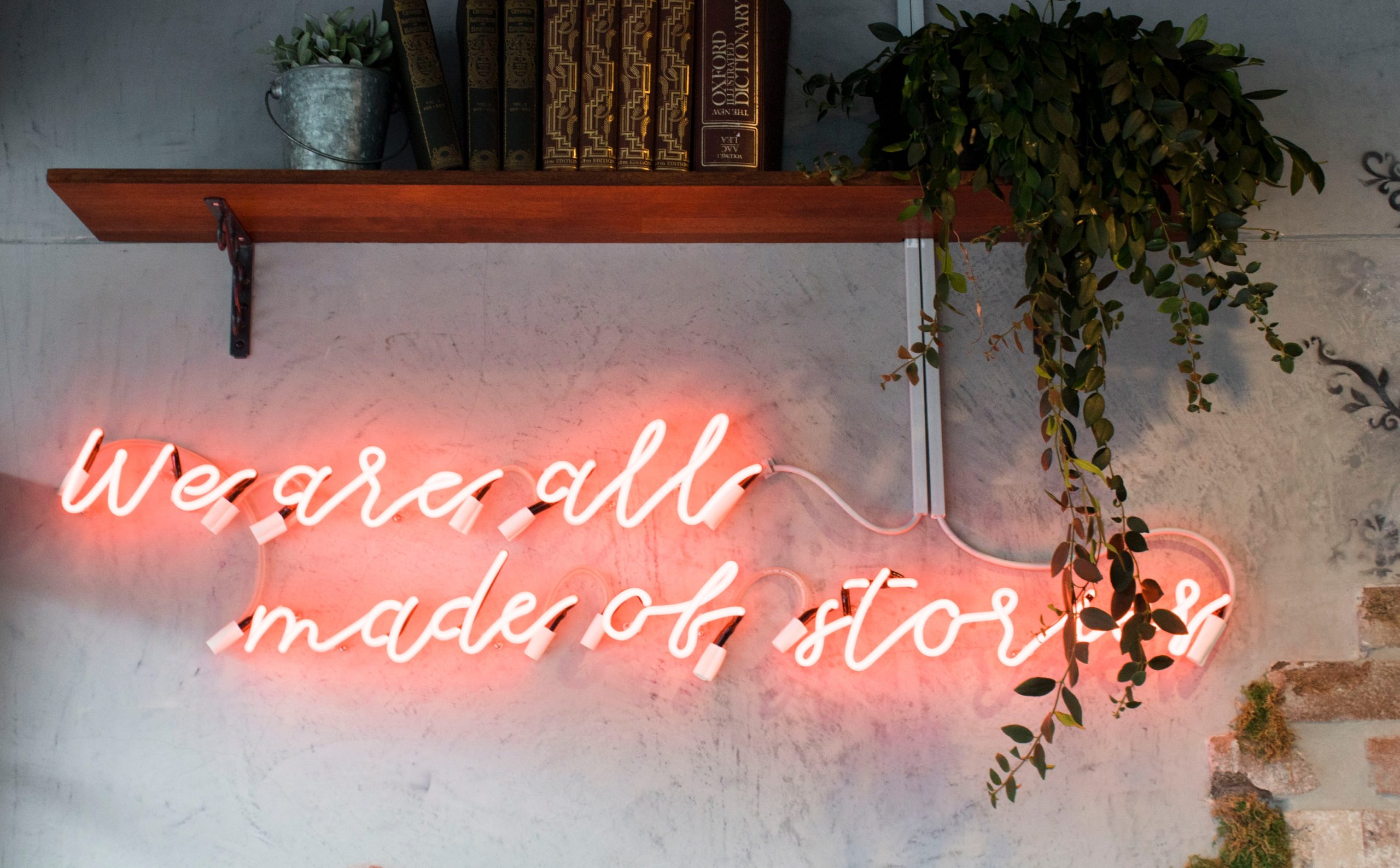 It’s been more than 15 years since the protection industry started publishing statistics which show how many successful claims are made each year.

Yet, although the most recent figures from the Association of British Insurers (ABI) and Group Risk Development (GRiD) show that 98.3% of protection claims have paid out, many consumers believe that insurers will bend over backwards to avoid paying out.

In fact, according to a survey by Drewberry Insurance, Brits believe that just 40% of income protection claims will be paid successfully. Sadly, that public misconception could cost families dearly.

What the industry thinks

On the IPTF’s most recent podcast, host Roy McLoughlin spoke to Jeff Prestridge, Personal Finance Editor at the Mail on Sunday, who said that he is a big believer in claims statistics because they play an essential part in restoring confidence in protection insurance.

“I think those messages need to be sent out by the insurers and they should include case studies of those who have had claims accepted,” explained Prestridge.

He said that it was imperative to explain rejected claims, focussing on the fact that rejections are often for a very good reason such as failure to disclose essential medical information.

“I think it should be a regulatory requirement that all insurers produce claims data on a six monthly basis, and they produce that information within two months of the end of June and the end of December,” he said.

Recently, I followed an online debate about whether the industry publishing claims stats is of any use to the average person – or whether it is a waste of company time and money to be flagging a bunch of figures that have little interest from the consumer.

I reached out across my contacts in the industry and received a mixed response.

On one hand, many insurance professionals and advisers felt that anything that helped increase consumer confidence in the protection industry was worthwhile, if only to increase awareness and encourage the public to consider this financial safety net.

“While claims stats might not be front of most consumers minds when selecting a new insurer, they are an important indicator and support greater transparency across the industry,” said Deepak Jobanputra, managing director at VitalityLife.

“Most consumers tend to have a view that claims payout ratios are low and can often be pleasantly surprised – and reassured – when claims stats are disclosed, showing that the majority of claims are paid out on.”

While others admitted that the stats could be misinterpreted, and customers are more concerned about whether a product is claimable rather than whether or not a claim will be paid.

In other words, while the overwhelming majority of claims might be paid successfully, that is of little value to the consumer if only a small minority of policies generated a claim in that year.

“While a proportion of successful claims may not be relevant by itself without context, most insurers are now doing more than simply publishing this headline figure and are drilling down deeper into their statistics,” said Rob Harvey, head of protection advice at Drewberry.

“This includes often saying why claims were declined or publishing the above-mentioned claims stories.”

What it means for everyone else

But what about the average consumer? What do these stats mean when it comes to considering income protection?

With this in mind, I conducted some anecdotal research of my own.

Admittedly, I am not a statistician of any sort – I am simply a journalist and blogger with a social reach in the tens of thousands across a number of channels – but please indulge me if you will.

I posted online across a number of social media platforms, reaching out to my friends, followers and blog readers to test the waters.

My questions were: “Do stats about successful insurance claims make a difference as a consumer? Have you even noticed them before? If you were on the fence, would this information help you make a decision about taking out a policy?”

The group consensus didn’t seem to have anything to do with the validity of the stats or whether these would have influenced the decision making process – the problem seemed to lie in the fact that no one outside of the insurance industry even knew that these figures existed.

The recurring message that continued to pop up in the DMs of my more consumer- centred channels (my followers on LinkedIn and Twitter is arguably an echo chamber journalists and the financial industry) was that fewer people than ever are reading the papers, and a growing number of people are relying on social media for news and financial education.

The quick straw poll of my online following made it clear: if you want to reach the typical consumer about the importance of income protection, the methods of approach have to be adjusted.

The press releases about successful claims data is great, but if these figures are not trickling down to the consumer press or non-traditional news sources, then the message may be missed by potential customers altogether.

As my old editor Ian Cowie once told me as a young cub reporter on his money desk at The Daily Telegraph: “Readers want news that they can use.”

And like many things over the years – he was right.

The original project, which officially ended in July 2016, was a charity-led campaign (Disability Rights UK) which paid a tax-free income for one year to seven people who had lost their income due to illness, injury or disability.

This year, through a number of new videos we can reconnect with the original families and explore the important topics such as mental health, counselling, the ‘it won’t happen to me’ mentality, returning to work and the role of the adviser.

The Seven Families project set out to raise awareness of the financial impact of long-term illness; to help real families facing financial meltdown and to demonstrate the value of independent living support, rehabilitation and counselling, through trying to help people get back to work.

The impact of the real-life stories at the heart of the campaign shouldn’t be scoffed at either: according to the FCA numbers, after stagnation in the previous five years, the 2015 increase in people taking out income protection policies was 19%, followed by a further increase in 2016 of 11%.

What’s more, in 2019, sales of income protection reached their highest level since FCA records began in 2005.

“It was a fantastic and imaginative campaign,” said Prestridge.

Of course, the campaign can’t claim all the credit as other economic factors will have played a part too, but it certainly must have helped – and is proof that people need to be the centre of the messaging around the importance of income protection.

“To see the transformations that it made on the lives of these families, sent tingles through my body – and it takes a lot for that to happen to a hard-nosed journalist like myself,” said Prestridge.

“When it comes to personal finance, the emphasis must be on the word personal,” he said.

“I don’t think there’s a better way for financial protection insurance to show its mettle, it’s worth, than through individual case studies.”

According to the old adage, a picture is worth a thousand words. Well, this wisdom also applies to the real-life stories that you can share with potential clients.

These stories paint pictures, evoke emotions and will reach consumers across a variety of channels.

People connect with stories, and there’s no better method of storytelling in business than using your customer’s voice and having it shared widely across social media.

According to the Content Marketing Institute, 63% of UK marketers believe that case studies are effective marketing tactics – so why not use these in your business?

Here are seven ways to make the most of case studies for your clients:

Clients want to know “what’s in it for me?” – make sure that you give them what they want from the get go.

The best thing about a case study is the peer-to-peer feeling that results from a real-life story,

Of course, the story that you tell has to be interesting and feature a compelling angle, but you also want the vast majority of your audience to identify with it.

As a brand, the point of a case study is to showcase your brand in a desirable way. But this doesn’t mean that you have to do all the talking: using direct quotes from your case study is a great way to let them tell their own story in their own words.

This not only breaks up the content, but also provides further validation and credibility by including the client’s perspective – and is where this type of testimonial really shines.

Avoid incorporating jargon and corporate-speak into the writing. You want to come across as relatable so keep your language simple rather than making it more complicated.

The more you can avoid corporate jargon in your case studies, the better.

While the focus is on telling a personal story, that doesn’t mean that you should avoid a sprinkling of statistics.

Back up the personal account with some cold, hard facts to ensure you are making a compelling argument.

Internet services are improving all the time, and as a result, people are consuming more and more video content whether on their laptops, tablets or mobile phones.

Reach those who prefer to watch a video or listen to a podcast rather than read a lengthy case study. If you have the budget, creating your own content of your case studies is a really powerful way to communicate your value proposition. If finances are tight, reach out to content providers to write guest blogs or participate in a podcast recording.

If you’re not taking advantage of social media, you’re missing out on a fast, inexpensive, and effective way to reach an enormous pool of potential clients.

Case studies make for perfect social sharing material – especially those with photos or video to support the content – so make the most of these platforms when marketing your business.