Kara Gammell: How to protect yourself when you work in the gig economy 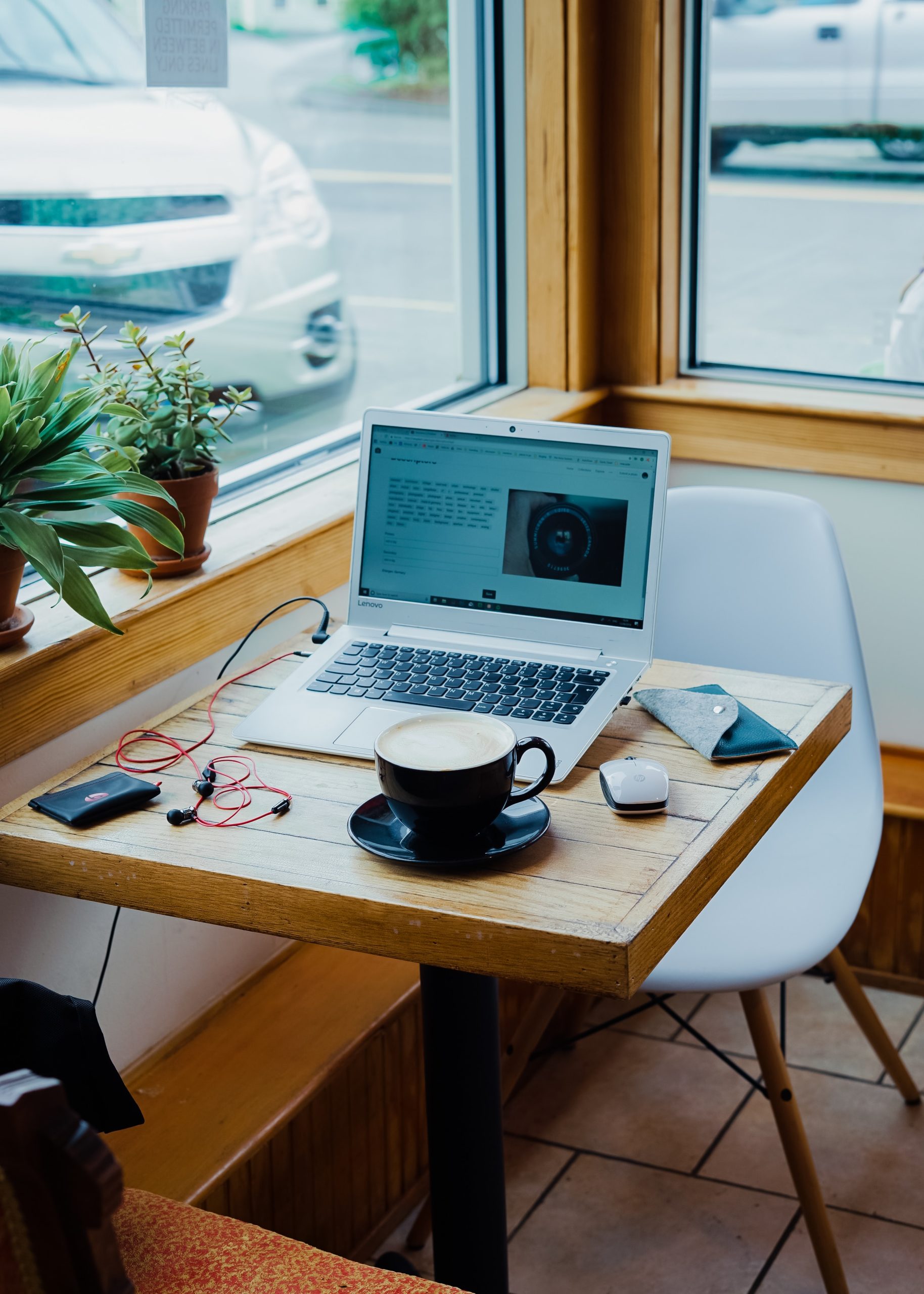 Do you work for yourself? Do you get paid by many different sources, rather than just one big client? If you answered yes, then you are one of the 10 million gig economy workers in the UK.
As a freelance journalist, I always thought of myself as simply self-employed, but over the last six years my job has widened from simply writing for national newspapers and now I do broadcasting, speaking events, copywriting, social media management, editorial brand consulting and run my own blog.
In other words, I now depend on a large number of clients – or “gigs” – to pay me in a timely manner so that I can draw a regular income to pay my bills.
The problem is, each and every client has a different invoicing system, payment terms and require several departments to sign off on my bill before the money lands in my bank account.
This is not only an administrative nightmare but can lead to a problem with cash flow if you aren’t very careful.
But, one thing that all my clients have in common though is that they don’t pay freelancers sick pay.
So, whether it is simply a bad case of the flu that leaves me bed ridden for a fortnight or something more severe like a car accident or cancer treatment, I can’t expect any money to come in until I return to work.
This is a bigger risk than you might think too; figures from Unum show that one in 10 of us is likely to need to take over six months off work due to ill health during our working life. What’s more, we are three times more likely to go on long-term sick leave than we are to die during our working life.
As a single parent, this could mean I become unable to pay the bills – and it terrifies me.
But as if this isn’t enough cause for concern, research from the Income Protection Task Force (IPTF) found that temporary or contract workers like me are much more likely to be off work long term with physical or mental ill health: 44% have been unable to work for longer than three months compared to 25% of those who do not work in the gig economy.
What’s more, those working in the gig economy are more than twice as likely to be unable to work because of an accident or injury. Yikes.
The research also found that 60% of gig economy workers also have the added pressure that they couldn’t cope for more than six months if they were unable to work due to ill physical or mental health.
So, it’s unsurprising that half of Brits who work in the gig economy have admitted to taking desperate measures such as using food banks, gambling or taking a payday loan simply to make ends meet.
“Rather than providing workers with flexible working hours they can control, the rise of the gig economy has merely stripped away predictability of hours and earnings, and with that financial security and peace-of-mind,” said Evan Odell, researcher at Disability Rights UK.
“The promised flexibility of the gig economy has benefited employers, but not employees.”

So what can you do to protect yourself?

More than four in ten self-employed mistakenly believe they’re not eligible for income protection according to the insurer and gig workers are leaving themselves unprotected as a result.
“Although many self-employed people and contractors worry about the consequences of an accident or illness preventing them from working, too few are taking steps to protect themselves from any loss of earnings if they are unable to work,” said Kathryn Knowles, managing director of Cura Insurance.
“Many wrongly believe they would not be eligible for income protection but consulting a financial adviser will help them find a policy that best meets their needs.”

How to find cover that suits your needs?
The good news? With a little planning people can help safeguard themselves and their family from financial catastrophe.
Thanks to a type of insurance called income protection, those of us that work in this way can take out to protect our salary should we be unable to work due to accident or ill health.
This type of cover provides you with a monthly income to pay your core financial commitments such as your mortgage/rent, bills and food if you cannot work due to any accident or sickness.
Many of these insurers acknowledge that income can fluctuate, so will consider the last few years of a client’s income when working out the maximum benefit payable at claim.
“There are policies that can pay income for one year, two years, five years, all the way up to retirement age,” said Knowles.
“But as a gig worker, access to some of these options will be significantly reduced if the hours of your working week regularly change and you fall below the insurers minimum eligibility criteria.”
It is important to ensure that you cover a percentage of your profit rather than the revenue of your business, as this will avoid you over-insuring unnecessarily.
However, there are products which are not financially underwritten and therefore don’t require a declaration of income, for some gig worker these can be worth considering, said Knowles.
There are also some providers, which offer specialist products like Personal Sick Pay that’s tailored to clients in riskier jobs who can be more expensive to insure, such as tradespeople, nurses, electricians and construction workers.

But how much cover is enough?

There is a big difference between what is enough and being comfortable.
When you take out things like income protection, you can usually insure 50-75% of your gross annual income.
Alternatively, you can choose to insure the essentials: rent, food, utilities.
“It may be though that someone wants to insure the full amount of their allowed percentage, this means that not only are the essentials covered, but additional income too to help retain their current standard of living,” explained Knowles.
“Either option is fine, it’s important that people choose an option that suits them and the budget that they can put aside for the insurance, after all some cover is often better than none.”

Unfortunately, state benefits provide little or no support for this type of worker as Statutory Sick Pay isn’t available to self-employed workers, and for those workers that are eligible the maximum that can be claimed is just £94.25 a week versus the average outgoing of £262.833 a week for self-employed or contract workers.
When long-term sickness strikes, the financial and emotional pressure of being unable to work can also put significant strain on families: according to the IPTF, a quarter of gig economy workers who have experienced long-term sickness say that it has caused arguments at home.
“Thanks to the more temporary employment status of gig economy workers, their finances are likely to be hit much harder when they face ill health, and it can also have a huge impact on partners and other family members financially and emotionally,” said Roy McLoughlin, co-chair of the Income Protection Task Force.
As a result, 95% of gig economy workers who have been long-term sick felt pressured to return to work before they were ready – with 65% actually going back into work before they should have.
“Gig workers cannot rely on employment benefits like sick pay and they want to demonstrate that they reliable and hard-working, to win the next contract,” explained Knowles.
“This can put gig workers into the position where they push themselves to carry on working, when they are ill.”
Had they been in an employed role they may be eligible to sick pay and therefore could take some time off and recover from a short illness, she explained.
“However, they do not have the luxury to do this, and instead carry on and ultimately take far longer off work to recover.”

Cut the cost of premiums without scrimping on cover

Like any insurance, it is crucial that you shop around before you purchase a policy. Never assume that your bank or broker will offer you the best deal as many are usually tied to just one provider and can be very expensive.
Policies are priced according to your age, general health and the amount you want to receive if you must make a claim. When calculating how much cover you need, it makes financial sense to consider all the monthly outgoings you pay every month.
As well as your mortgage, rent or loan commitments, you must include those everyday essentials such as council tax, utility bills and the weekly food shop. Fail to do so and you could still end up in debt trying to meet your other commitments.
Financial experts agree that due to society’s increasing life expectancy, it is crucial to think past traditional retirement age or your mortgage term when taking out a protection policy to ensure that you will be adequately covered for the duration you require.
It is also worth considering the changing state pension age as it increases for both men and women to 66 by October 2020. It will rise again to 67 between 2026 and 2028.
When it comes to choosing an income protection policy, consumers should look to insure their “own occupation” – claimants who are unable to do their own job – rather than any work at all because they fall ill. Luckily, this type of cover, while offering better protection, may not be costlier as it is factors such as age, smoking, occupation, length of policy and amount of cover that determines the premium.
Be completely honest in your answers to all the questions on the application, for example your medical history. You might feel that you are having to give far too much information, but if you hold something back it could really affect whether the insurer pays out in the event of a claim and that payment can make all the difference when you need it most.