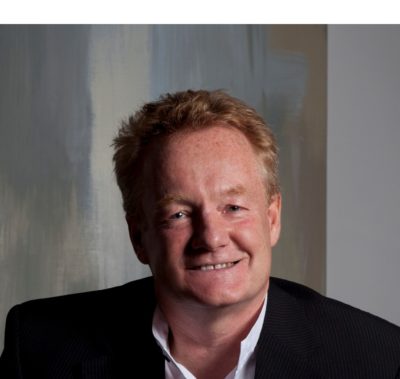 I have long believed that the financial protection insurance industry should be more proactive in promoting its wares. That is, to be bold, imaginative and inform the public about the merits of its offerings rather than simply sitting back and waiting for the Press to write yet another negative story about a claim being denied (yes, I’ve written a few of those in my career to date).

So when, in late 2014, the industry – together with charity Disability Rights UK – boldly went where it had not gone before and launched the Seven Families Campaign, I rejoiced. At long last, here was an ambitious initiative designed to demonstrate how the proceeds from an income protection claim could transform the lives of those impacted by long-term illness.
The campaign was personal, it was emotive, and it was avidly devoured by a number of financial journalists, myself included. Immaculately conceived and perfectly executed. I was so moved I put the story of one of the seven families – Tracey and Tim Clarke and guide dog Oakley – on the front of The Mail on Sunday’s personal finance section. Here was a family blighted by illness – Tracey’s failing eyesight – and financial disruption, but whose financial fortunes would be given a boost by a year’s worth of benefit from an income protection policy.

I interviewed the Clarkes on more than one occasion – I even went to see them on their narrow boat – and saw with my own eyes the transformative impact on their lives of the Seven Families Campaign. Tracey’s confidence literally blossomed as she was given the tools to pursue a career as a writer.
Five and a half years on, Seven Families has returned. Although the second-time around is a little more low key, its message is just as powerful. Namely, that financial protection insurance is an overwhelming force for long-term good.

The first of the videos released under the ‘do you remember’ theme – and available via the IPTF website – sends out a string of positive messages from those who were part of the 2014 Seven Families Campaign. Yes, the financial empowerment that income protection benefit can bring to a family is key, but it’s the other bits and pieces that matter just as much. For example, access to health psychologists, nurses and doctors. Yes, the video is just a snapshot (a vinaigrette), but it is all rather uplifting. I urge you to watch it – and those that follow in the weeks and months ahead.

Of course, Seven Families only provided the families with income protection for a year. So, for the likes of the Clarkes, there have been issues to overcome in recent times – many of them financial, some of them of a family nature (the retirement of Oakley and the integration of new guide dog Ozzie into the Clarke family). But they would be the first to say that their lives are better for being part of the Seven Families Campaign. By the way, their website – sola-gratia.org.uk – is worth a read.

As the economy emerges somewhat battered and bruised from the coronavirus pandemic, my view is that many of us will be a little more cautious in our financial lives. We will save more, spend less and be more willing to ensure our finances can withstand ‘shock’ caused by either unemployment or long-term illness. That means a renewed focus on financial protection insurance.

So, the return of Seven Families could not be better timed. I urge all financial protection specialists, insurers and adviser networks to back it to the hilt.

Jeff Prestridge is Personal Finance Editor of the Mail on Sunday