We’re three times more likely to go on long-term sick leave than we are to die during our working life, according to research by Unum. Yet, most consumers fail to buy Income Protection (IP) insurance, which would provide much-needed support should they be unable to work due to ill health.

Figures from the Financial Conduct Authority research study revealed that 65% of the UK adult population does not have any form of protection insurance. Moreover, among the 35% of consumers that do have some form of policy in place, the majority have opted for critical illness cover than IP.

There are several reasons why consumers are overlooking this type of financial protection. For some, it’s lack of awareness. For others, it is the fear of pricey premiums. But one of the biggest barriers to IP is the “it-will-never-happen-to-me” approach to ill health and cognitive bias can prove a costly mistake.

Called the ‘availability heuristic’, this psychological phenomenon describes our tendency to experience a perception of risk and as a result, be more motivated to protect ourselves against that risk. For instance, for most of us, examples of when car, home and holiday insurance could come to the rescue are much easier to see then the benefits of income protection, because they are more commonly encountered in everyday life.

Yet while IP pays claimants a monthly benefit if illness or injury prevents them working or if they lose their job, a study by Zurich found that only one in 10 had taken out a policy to insure their income. Yet, by contrast 71% of people insure their home, 70% insure their holiday and 18% their mobile phone.

But, while this is an instinct for consumers, the impact of illness or disability on income can be devastating for families, and there can be a knock-on effect on businesses, governments, and the economy as it undermines productivity and eroding social ties.

And the need for adequate cover is only going to increase: current figures from Royal London show that a million workers are off sick for more than a month every year, with research showing half would worry about their income if they became too ill to work.

Employees are entitled to £92.05 a week Statutory Sick Pay (SSP) for up to 28 weeks. While some employers may enhance SSP, this is not the case for most workers. What’s more, government support – the traditional source of relief – is rapidly outpacing supply. At the same time, disability levels are rising due to an aging population and improvements in medical diagnosis, which can confirm illnesses such as mental health problems that were once unrecognised, and left untreated, in the past.

BUT WHAT CAN THE INDUSTRY DO TO CLOSE THIS PROTECTION GAP?

Studies show that there is significant untapped demand for income protection insurance. Research by the Smith School of Enterprise and Environment at the University of Oxford found that over half of those without this type of insurance would be willing to consider buying it.

Currently, consumers more readily buy critical illness cover, the catalyst to purchase often the mortgage broker or financial adviser. The product is often sold, alongside the home loan, together with life cover and the premiums are grouped together.

IP is rarely mentioned by brokers or advisers and, if it is, it appears too expensive for the perceived pay out.

The good news is that according the Oxford study, how much a consumer would be willing to pay for such insurance – on average, remarkably consistent at 5% of respondents’ monthly income – was considerably higher than the average cost of income protection insurance for most people.

Clearly, people’s perceptions about the cost of income protection need to be examined and, where it makes sense, addressed.

What’s more, it seems that income protection is not coming up in the protection conversation between advisers or mortgage brokers and their clients – or at least, not as often as it should.
There is a need for less complex income protection insurance to be developed by the industry. Only then can barriers to customer take-up in areas such as establishing the need, reviewing the product or building of awareness be addressed.

The Financial Services Consumer Panel, believes the insurance industry has a role to play in addressing the so-called protection gap and called on providers, reinsurers, lenders, intermediaries, and regulators to cooperate in improving the protection market – saying ‘too complicated’ products no longer meet the needs of today’s workforce.

People now are more likely to be self-employed or have insecure employment, with volatile incomes and the industry needs to respond to this, rather than just selling the same products as it did 30 years ago.

Fortunately, sales of income protection have increased, topping 120,000 last year according to figures from the Swiss Re Term and Health Watch 2018 report. Yet this same research showed that despite this uptick in consumer appetite for this type of cover, there were still nine times more term sales and critical illness sales in the same period.

Rolled out by the Income Protection Task Force (IPTF) in 2014, this campaign was funded by insurers, health organisations and charities, to raise awareness on the importance of income protection and demonstrate the value of access to extra rehabilitation that is available.
The campaign followed seven people who became too ill to continue working. For a year, each family was paid a tax-free income as if they had originally bought a short-term IP plan, paid for collectively by a group of insurers supporting the campaign and given vital rehabilitation which could help someone get back to work, whether in their old job, or in a new role more suited to their disability. 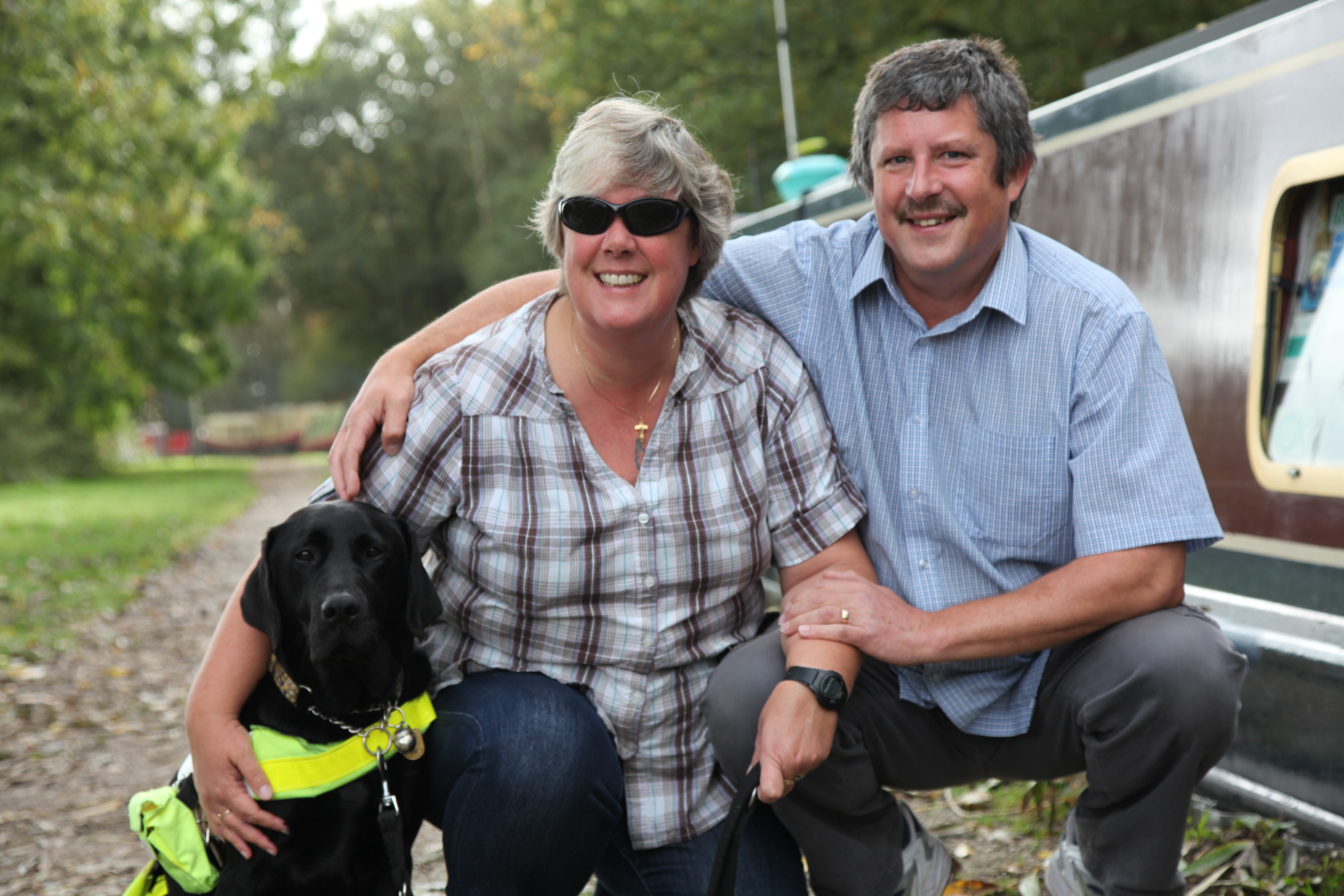 Tracey and Tim Clarke were one the families selected to benefit from the programme after Tracey lost 98% of her sight and was registered as Blind/Severely Visually Impaired in 2011.
Previously working as a Pharmacy Technician, Tracey’s disability meant she could no longer carry out her role and she was advised by the RNIB that by claiming benefits, she would be better off, both financially and personally.

In December 2013, her husband, Tim was made redundant. This pushed the couple into a tight corner; already in financial trouble, they were now facing bankruptcy. To make matters worse, stress can wreak havoc on what little sight remains, meaning that their financial circumstances were affecting Tracey’s quality of life.

“We were six-figures in debt, and it was a disaster,” she said. “But my husband and I realised that we had built up enough in equity in our house so if we sold up, we could clear the debt and buy a narrow boat. The best part? Our future outgoings would be reduced as living on the canals is considerably cheaper, which is crucial to living on a reduced income.”
Shortly after setting up their new home, Tracey was paired with a guide dog and she regained some long-wanted independence. 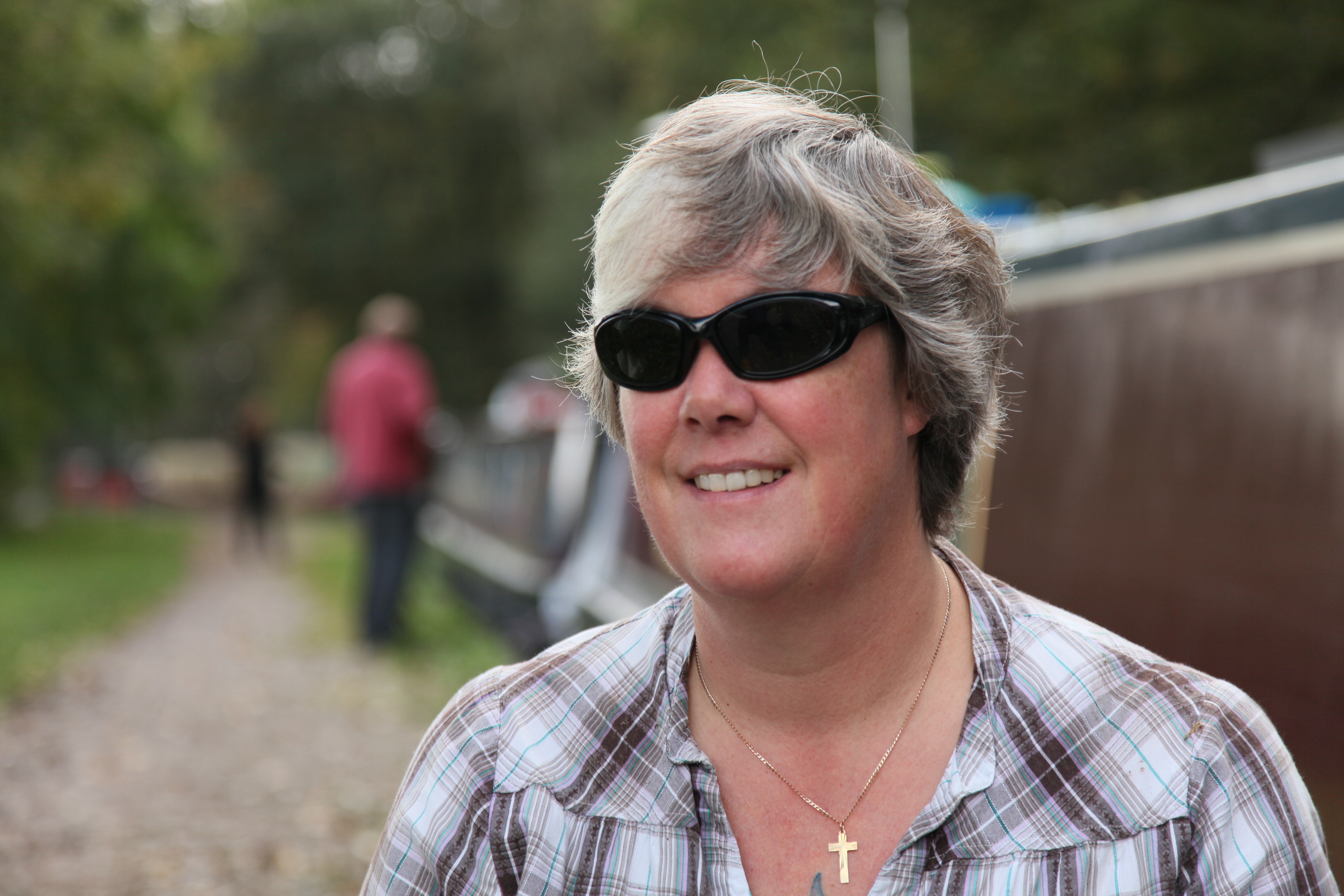 “One of the hardest parts of losing my vision was not driving,” she said. “It felt like overnight I went from being the mother who drove all the kids around in my seven-seater, and now I couldn’t even get myself around safely. I fell into a depression and there were low points when I debated whether my life was worth living. It was a hard time.”
Thanks to the financial support provided by the campaign, the couple could invest in ‘luxuries’ that were otherwise beyond their means.

“We didn’t want to get too used to the extra cash, as it was only for a year, so we spent it very carefully,” explained Tracey.

They chose to make adaptions to their home that was suitable for her condition and installed solar panels on the boat to reduce their energy costs. The couple were now able to buy the things they needed for a new way of living on the water that they simply couldn’t afford in the past.

She said: “Being able to buy good quality waterproofs and hiking boots has proven invaluable now that I’m unable to drive. Having the extra cash not only reduced our emotional stress, which has a direct effect on what little vision that I have left.”

Tracey, now 52, said that while financial support was of great assistance, it was the on-going support, help and counselling that she found most beneficial.
“Even several years after our involvement with the campaign, the positive effects of the additional rehabilitation support and access a comprehensive support service has been long lasting,” she said.

Tracey was appointed a case manager, which acted as a friendly voice at the end of the phone and reviewed her medical notes. She also had access to assistive equipment and training in its use, chiropractic treatments, being linked up with professionals who are willing to help with getting back to earning.

What’s more, this additional support meant that Tracey could undergo costly genetic testing to find out the reason for her sudden blindness, and discover whether their two adult daughters were at risk.

“This was worth its weight in gold, and one simply can’t put a price on the peace of mind that it provided,” she said.